but not less exciting! 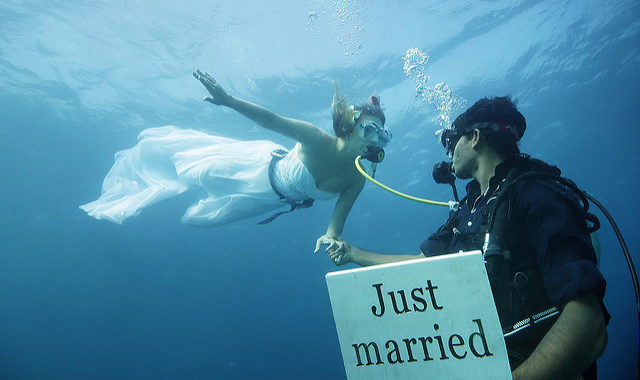 Truth is, elopements are as easy a wedding as you’re going to get!

No guests to feed, entertain, move from one place to another, no day-of drama, and even the planning part is way simpler: in the end you need: the dresses, the rings, the bouquet, a celebrant, hair and make-up artist and a photographer, and you have all your bases covered. No catering, a normal restaurant with an à la carte menu will do, no dedicated venue, no party favours, it’s not even needed the band for the music, you can go anywhere!

That’s basically why most families would probably object to an elopement: they often feel shut out from the event.

I get it. People who love you would really like and be happy to participate to your special day. 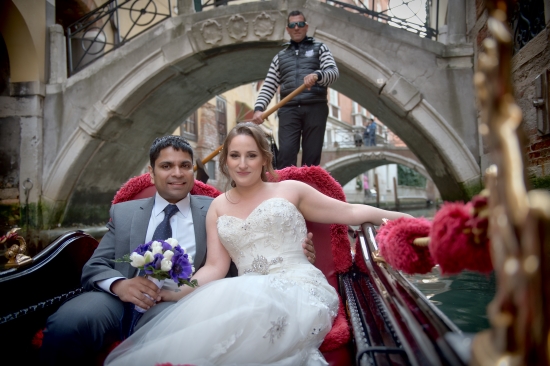 Sometimes it’s crowds making one of you nervous, or you’d just really like to get married in that particular place that is very far, and yes, people could arrange to come, but it would be complicated, or the place is not big enough, or you’d like to get married at the bottom of the sea, or on the top of a mountain.

Sometimes it’s that you don’t really have that special bond with your family (it happens) and you don’t want the drama they’d bring to the table. Let’s be honest, I’ve seen some families like that, and although I do not mind running interference on your sake (really, I do it gladly), I also completely understand if you don’t even want to think about dealing with that. Any reason you might have for wanting an elopement, is completely valid.

Nowadays, there’s another reason to at least postpone a big, fat celebration, which is, obviously, no one would really like for it to become a contagion scene.

You know, having an elopement first doesn’t mean that you can’t have a bigger celebration later. When the risk has lowered, a vaccine has been found, you can still celebrate with the whole family and friends. You wouldn’t even have the pressure of the official wedding day (and you get to put your wedding outfits on twice!). Besides, I can’t see why, amidst this frankly horrible situation, you can’t have a day to pamper yourself and to celebrate your love and your happiness.

Also, it doesn’t mean that you have to complete exclude everyone that counts in your life. The ceremony can be streamed through Zoom or similar apps (even an Instagram or Facebook Live, if you like the idea) There are tons of ways you can use internet to bring more people together, at least virtually. That’s not much, I agree, but it’s also a way to contrast a situation that we’ll probably deal with for a long time, without putting anyone’s health in jeopardy.

Elopements also allow you to have peculiar settings for your wedding ceremony, especially if it is a symbolic one. 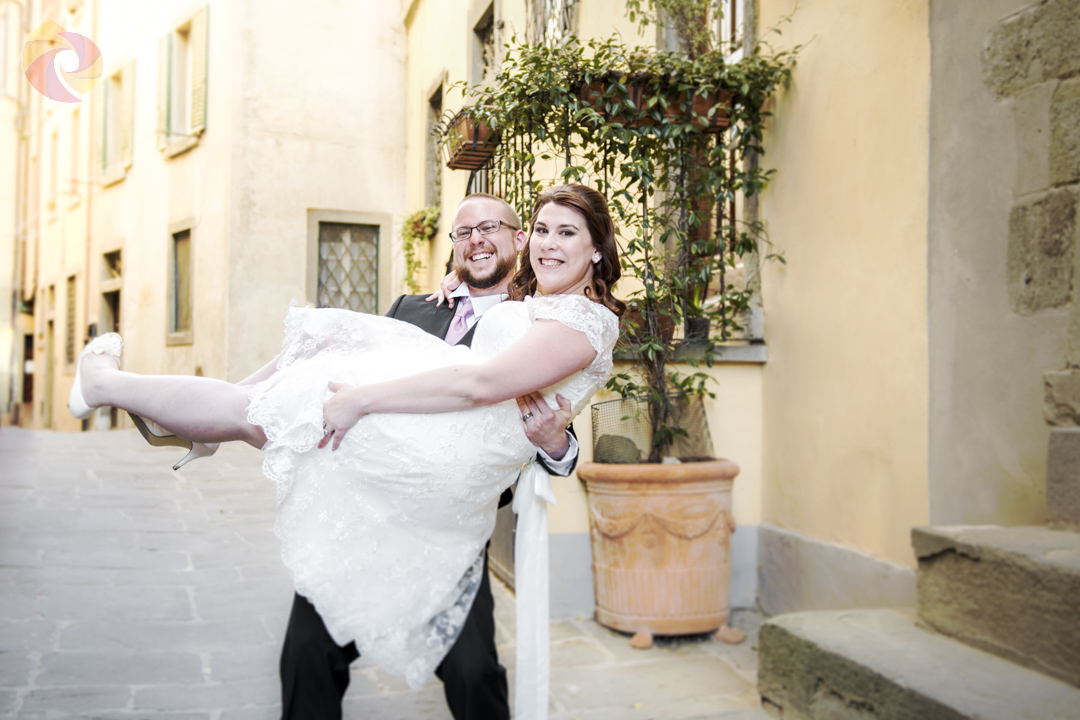 One of my couples was looking to get married in Venice, and while there were some really beautiful venues for ceremonies, they were also extraordinarily expensive for two people. I was browsing the net to get some inspiration when… “what if they got married on a gondola?” passed my mind. They were so enthusiastic about that! It was beautiful, and that gondola tour really got a whole new meaning for them! Also, it was a very good solution for a reasonable price (which never hurts)!

Another couple really wanted something low profile, easygoing and comfortable.  They had a moving ceremony in the backyard of their agritourism in Cortona, followed by a picnic on the grass with a bottle of prosecco, and then they went for photos in the centre of Cortona. They were absolutely the cutest couple ever!

And if you’re worried about who will help you getting ready: darlings, that’s why I’m there. I’ll be at your side every step of the way, from the planning stage, to the actual wedding day. You’ll have all the moral and practical support you’ll need: don’t worry about anything, I’ll take care of you and your special day!

If you’re curious about our elopements, just click on the reassuring blue button down below, and send me any question you have!

Curious about elopements? Ask away! 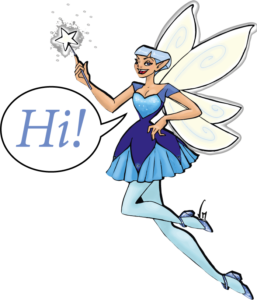 Hi! Welcome to my sitting room, a place made of magic and stories where you can relax and discover new things! I’m Bluebell and I’ll guide you in the magic world of wedding!